The difference between a flood damage and water damage claim is more than you would think. 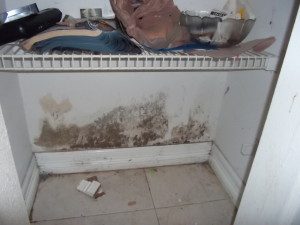 Flood Damage Claims and Water Damage Claims may look similar as to the damages but the way the claim is handled is very different.  As a matter of fact the insurance company that you will file the claim with will most likely be different depending on if you have a flood damage or water damage claim.

Speak with a Public Adjuster about your Flood Damage or Water damage claim!

I felt the urge to write this post today as we receive many calls where insureds use words to describe their loss that make sense but in the insurance viewpoint they can create confusion.  If you have a water loss due to a plumbing problem, leaking window or roof leak these are considered Water Damage Claims.  The definition of a “Flood” as defined by the NFIP or National Flood Insurance Program is:

” A general and temporary condition of partial or complete inundation of  two or more acres of normally dry land area or of two or more properties (at least one of which is the policyholder’s property) from one of the following:

This definition is strictly held to, if it does not completely meet the definition your claim will be denied.  If you have a claim where you think it may be a Flood I recommend you contact one of our adjusters or another reputable public adjuster immediately to evaluate the situation and recommend which insurance policy the claim should be filed with.

Flood insurance is relatively inexpensive for the coverage that it provides.  When a flood happens it causes significant property damage.  According to the NFIP a relatively small flood with only 1 inch of water to a 2000 square foot home will cause approximately $20,920 in damage on average and if there is 1 foot of water this figure goes up to $52,220.  Of course these are averages but they do show the significance of damage that can be caused by a flood. Most people feel that they only need flood insurance if the are in a “Declared Flood Zone”, this is not accurate as floods can and do happen all throughout the Country.  If you are in a “Flood Zone” you may ‘Need’ this insurance for your mortgage and of course you will pay a bit more for it but in my opinion EVERYBODY should have it or at least understand the risks of not having it.

If you are looking for a Public Adjuster Near Me, you came to the right place. Our Florida Public Adjusters represent Policyholders Statewide, including but not limited to the following areas: