Do you have Forced Place Insurance and have a Claim?

Below is an article we found on Reuters discussing the Forced Place Insurance Policy and what they are doing to protect the consumers from this practice. 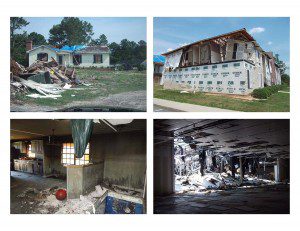 oversee such policies itself.

For many homeowners who are required to buy insurance as a condition of getting or keeping a mortgage, there is no choice as to insurer, terms or price. They end up with “force-placed insurance,” controversial policies that are purchased by the bank or mortgage servicer on the homeowners’ behalf.

Government-controlled Fannie Mae, the biggest source of money for U.S. home loans, notified lenders of the planned policy change in a Tuesday bulletin, a copy of which was obtained by Reuters.

“Fannie Mae will soon implement changes to its Lender-Placed Insurance (LPI) requirements to significantly reduce costs to homeowners, taxpayers, and Fannie Mae,” it said, adding that it has issued a request for proposals to insurance companies to compete for the business.

“The (proposal) is structured to ensure that insurance costs are significantly reduced,” Fannie said. Fannie Mae also said it would issue guidelines to mortgage servicers on when and how to obtain what are often called “force-placed” policies, and on what costs would be reimbursable.

In many cases, existing force-placed insurance policies are sold by insurance companies owned by the lenders, or by insurers with which the lenders have a financial relationship. Prices are usually substantially higher than they would be normally.

“Our goal is to reduce costs for Fannie Mae and thereby taxpayers, and to reduce a barrier for homeowners becoming current on their loans,” said Andrew Wilson, a spokesman for Fannie Mae.

New York’s Department of Financial Services said it would continue its probe, even with Fannie’s move.

“Force placed insurance has been and will continue to be one of our top initiatives,” the department’s superintendent, Ben Lawsky, said in a statement.

American Banker first reported the details of the Fannie bulletin.

(Reporting By Ben Berkowitz in Boston; Additional reporting by Karen Freifeld in New York and Margaret Chadbourn in Washington; Editing by Mark Porter and Steve Orlofsky)

For more information on how we may be able to assist you in the event that you suffer damage to your property even if you have a forced place insurance claim, please call 800-801-2099 and speak with a Public Adjuster today.

Our Florida Public Adjusters represent Policyholders Statewide, including but not limited to the following areas: