Hurricane Irma Claim Deadline is Fast Approaching as we near the 3-year Anniversary.

Hurricane Irma was one of the most widespread disasters that we have seen in Florida.  Our firm alone assisted policyholders with claims from as far south as Key West all the way up through Northern Florida and everywhere in between…this was a beast of a storm that affected numerous home and business owners throughout Florida. 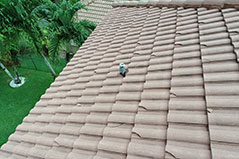 We are still assisting many policyholders that are disputing claims that they feel were improperly denied or underpaid (many received letters stating that their damages fell below the deductible) as well as many that are just now realizing they have damages from Hurricane Irma.  There are deadlines fast approaching that all businesses and homeowners should be aware of, whether you have filed a claim yet or not.  Below is an excerpt from a random policy (yours may be written differently) that you should be aware of as with past Hurricanes you likely had 5 years and now, it has been reduced to 3 years to report or dispute your claim as follows…

A claim, supplemental claim, or
reopened claim for loss or damage
caused by the peril of windstorm or
hurricane is barred unless notice of
the claim, supplemental claim, or
reopened claim is given to us in
accordance with the terms of the
policy within 3 years after the
hurricane first made landfall or the
windstorm caused the covered
damage. For purposes of this
section, the term “supplemental
claim” or “reopened claim” means
any additional claim for losses from
the same hurricane or windstorm
which we have previously adjusted
pursuant to the initial claim;

All policies can differ in their language a bit but the 3 year time period to report or dispute a hurricane claim is standard throughout Florida Property Insurance policies.

Why would you wait until now to file your Hurricane Irma Claim?

From our experience, we have seen that most people will only file a hurricane claim if there was obvious damage or their roof leaked.  Most people don’t climb on their roofs nor would they know what to look for aside from the obvious missing tiles or shingles.  Damage to roofs is not always visible from the ground, especially when dealing with tile roofs.  Based on what we have seen, a very high percentage of tile roofs throughout southern and central Florida were compromised to some extent.  Many of these roofs are only now starting to leak, however, many have not yet leaked which leads many people to think that their roof is in good condition.  The time to inspect your property is now.

The engineer sent by my insurance company said my roof did not have any Hurricane Irma Damage.

Do not take their word for it.  It is extremely unusual for an insurance company friendly engineer to say that wind caused damage to a roof, typically it is going to be anything but the wind that caused the damage to the roof, in their opinion (you know what they say about opinions…).  Their word is not the end nor should you give up due to what they state in their report.  We have successfully assisted numerous clients that have received such reports from their insurance company along with a denial or under the deductible letter.  Assuming we are able to document damages that appear to be wind-related, these reports can be and often are rebutted successfully.

There was a great 60-Minutes segment on point, you can read more about the cozy relationship that these engineering firms have with their insurance company clients here.

Many policyholders have advised us that they are afraid to file a Hurricane Claim as they don’t want their rates to rise.

This is the type of thinking that insurance companies love to hear.  We have had many clients report to us that upon trying to file a claim, the customer service representative would say things to dissuade them from filing the claim.  Passing along misinformation such as “your rates will go up”, “it doesn’t sound like that will exceed your deductible”, etc…  To be perfectly clear, after a hurricane, the entire region is typically going to see rate increases as the risk is not specific to the people that chose to file claims, it is across the board for people that live in these Hurricane Prone areas.

The time to have your roof inspected by a professional for potential damage from Hurricane Irma is now.

Request a Free Consultation with a Public Adjuster

If you are looking for a Public Adjuster Near Me, you came to the right place. Our Florida Public Adjusters represent Policyholders throughout the entire state of Florida, including but not limited to the following areas: