Storm Damage Claims are not always what they seem.  As Public Adjusters we will help by meticulously inspecting your property in search for ALL Storm Related Damages and help recover the proper settlement from your insurance company.

In late June of 2012 Tropical Storm Debby made landfall on the West Coast of Florida.  This was a heavy rain event with winds registering up near 65 mph and their peak that created many Tropical Storm Claims.  Not long after the storm had passed our firm received a phone call from Kimberly S. in Holiday Florida that had questions regarding a Tropical Storm Debby Insurance Claim problem.  During this call they indicated that they were only paid a bit over $4k and felt they were owed more and for a roof.  We set an appointment to visit the property the very next week. 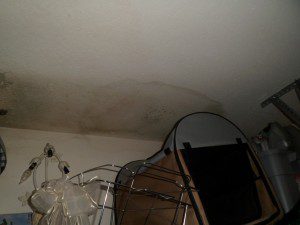 Upon our inspection we surprisingly had to agree with the insurance company when it came to the roof, it did not show any signs of wind damage in our opinion.  However, upon our detailed inspection of the property, we did feel that they were dramatically underpaid for the ensuing water loss which was admittedly covered under their policy.  We then reviewed the insurance company adjusters estimate and it was clear that the original claims adjuster had left out most of the damages.  We agreed to take on the claim and soon began our quest to recover the additional money that was due to the insureds.

Our first task was to prepare our estimate of the damages which was then submitted to the insurance carrier for their review.  Soon thereafter we heard from an adjuster looking to schedule a re-inspection, mind you this was the same adjuster that wrote the original estimate we did not have high expectations out of this meeting.  We met with this very same claims adjuster at the property and pointed out the items that he apparently missed, soon after this inspection with the SAME adjuster, we agreed to settle the claim for over $28,000.  The actual numbers were: $4,686 initial offer and final settlement of $28,795 and this was from the same adjuster!  That is an increase of 614%. 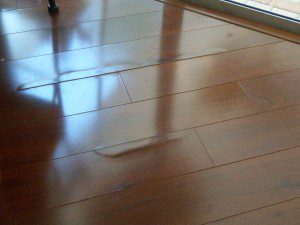 It made me wonder how many other claims are out there where the homeowner accepted their initial offer.  Being that the same adjuster was willing to revise his estimate this much, it leads me to believe that without anyone checking their work they will try to get away with what they can.

If you have or are thinking of filing a claim we highly recommend you speak with a qualified claims professional.  Hopefully your insurance company will do the right thing but it can’t hurt to keep them honest and have an experienced professional in your corner.

If you are looking for a Public Adjuster Near Me, you came to the right place. Our Florida Public Adjusters represent Policyholders Statewide, including but not limited to the following areas: